Some videos are tough to make… this was one of them!

In my journey as an affiliate marketer, I always promised myself that I would be honest and transparent.  Honest with myself and my audience. Transparent with my results and my appreciation of the products I use, review and recommend.

This means having the courage to give my audience the whole picture – not just mention the positives of a product.

And at times, this means having the courage to stop promoting a product… and tell my audience why.

Here’s just a little back story:

In January 2020, I joined Zach Crawford’s community.  I bought his course, Secret Affiliate Marketing Hacks, and a year’s mentorship.

This was a life-changing decision that helped me greatly!  I don’t regret it at all.

Having Zach as a mentor was amazing.  I had access to him and his feedback 24/7; I asked many questions and made a lot of progress.  He helped me take the right action and, as a result, I became a 4 figure earner in 2020.

I promoted Zach’s course, feeling that it would help others just like it helped me.  I made a few reviews on my YouTube channel, and I stand by everything I said.

Later, in May 2021, I joined Dean Holland’s Internet Profits.  I needed mentorship and wanted to grow my business.  I’d come to the end of my mentorship with Zach Crawford and I felt I needed a change.   However, I continued to promote Zach’s Top Earner Transformation (as it was named then).  I felt it was a good program and would be helpful to some people.

All good so far, right?

Well, as the months went by in the autumn of 2021, I saw things change in Zach’s program.  It became Millionaires Challenge System, there was a new launch, the price went up, many new people joined.

That’s all fine, nothing wrong there.

However, as time went on, I became more and more uncomfortable with certain things.  Some top affiliates of other programs joined, made sales really fast, and this was used as some kind of “proof” that the program was helping people make a lot of money.

I’m personally uncomfortable with that.

I feel the selling point of a product shouldn’t be how much money it’s going to help you make by selling the product itself.

So I made the decision to stop promoting this – and I had to make a video to tell my audience, obviously.

It was difficult and terribly uncomfortable for me to so.

It was scary too.

But having promoted this program when I felt it was in my audience’s best interests, I had to tell them that I felt differently now.

That was the right thing to do. 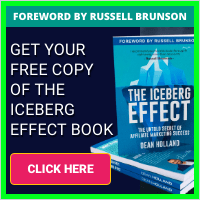 How To Make Money Online

Please note that this site contains affiliate links. If you click on any link and make a purchase, I might make a commission on the sale. This comes at no extra cost to you :-) And by the way, this is what I teach! So if you want to do this too, you're in the right place!
%d bloggers like this: